I'm strugging with manoeuvres in 6 - 8 kts on the 15... 15 meter lines, just not enough grunt and having to move the kite around to get going.

The VMG2 has less power per square meter when compared to other race kites, so you will tend to always be riding a larger size than your friends on ozone/F-one/flymaax, (i.e the wind range is moved up) In addition I find with the VMG2 that once you go below its range the power really shuts off, particularly downwind and water starting, on the flip side if the wind picks up outside of the ideal wind range for the kite it is much more manageable to hold them down.

If you want a light wind specific kite than I would suggest the 23m. I have not used it yet but have one on order as I find the 21m VMG2 is actually ideal in the 10-17kt range and starts to get very difficult in under 8kts.

The 18/21/23 all have the same listed bottom end on the flysurfer website, so I was guessing the extra meters aren't helping that much at the bottom end... it's more about staying powered up for the best speeds / angles and soaking? 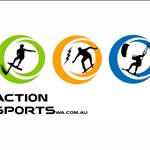 Last season I raced, I used the 18m VMG2 as my big kite. I found it was perfect for me in anything from about 6 knots. Now, having said that, I was not looking to dominate light wind racing. In Perth, It's pretty rare that we get winds that hold in for long at below 10 knots. Especially in summer where it tends to just be ?n or off".

I would comfortably hold onto mt 18m in 15 knots and it still be very manageable and fast. If just free riding. then you can reach in as little as 5knots. Gybes and tacks need to be on point at this wind speed, but the kite will fly just fine in 5 knots.

The original VMG series was a lighter kite because it didnt carry the weight of the fibreglass rods. The VMG 21 would fly in as little as 3-4 knots, and I have ridden in 4-5 knots on it. It had a much narrower wind range that the VMG 2 and I would find 12knots about max and at 15 knots I was in uncontrollable lofting/paragliding mode.

Having said all that, light wind foiling depends a lot more on rider skill than kite choice. A fast efficient foil, with longer lines (ie 17-20m) and a rider with good experience, will get foiling easily on a 10m foil kite in under 10 knots. I've done it with my 10m Soul on a Core SLC freefoil. However, If you are racing or looking for ultimate speed downwind, that's where the big kites come into their own, you need to have canopy to edge against to generate speed and apparent wind angle.

The winds I am dealing with are 5 to 7 kt average, barely reaching 10 kts, and sometimes at 4 kts.
On the 15 meter at times I find it a struggle to even get out of the water, and tacks / gybes become almost impossible.
Under 10% of the time, it's over 10 kts.
So I'm thinking in that case probably bigger makes more sense, like at least the 21 meter?