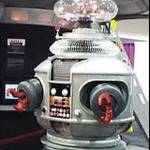 I have just found out that last weeks scheduled Public Consultation Meeting on ASF's Proposed Mass Highrise Development for The Gold Coast Spit where it is currently and always has been Zoned as a Low Rise Building Height Area to protect the beautiful scenic Vistas across the Broadwater Area and provide relief from turning the whole of the beachfront areas of Main Beach/Surfers Paradise into a Complete Concrete Jungle and Overshadowing Effects of Open Recreational Areas (which is stated as Urban Density Relief, which is considered good planning and best practice in all Australian and Global Urban Planning Bibles, Guidelines, Acts and By-Laws including Queensland State Governments own recent, adopted and commissioned Urban Planning Reports when it bloody suits them, no doubt?) was postponed due to inclement weather as it was to be held in the open air at The Broadwater Parklands Area, Southport.

It has now been rescheduled to this coming, Sunday 26th March starting at 10:30am and concluding at 1:30pm. The new location for this Public Consultation Meeting will be at SOUTHPORT STATE SCHOOL, Cnr Brooke and Lionel Ave, Southport.

It would be great to see as many of you there as possible as a show of support against this proposal and any others of this nature ruining the Spit Area that was deemed and gifted to the People of The State of Queensland as an Area dedicated for their Recreation, Entertainment and Enjoyment. Not an Area to be Sold of to a Small Minority of the Worlds Wealthy Elite for their exclusive use. When there is perfectly good other areas available all around the Gold Coast where it is appropriately Zoned for these types of Developments and where the Developers if they are intending on spending or raising $3 Billion? Then why the hell can't they spend at least $500 Million on buying, amalgamating or acquiring appropriate zoned sites around the Gold Coast like every other Developer has to instead of being gifted OUR STATE GOVERNMENT OWNED LAND that was set aside for OUR PURPOSES! Just the fact that it is or has been under utilised because the State Government's do not like spending money on a Liberal Government Voting Blue Blood Heartland as there are no votes to be won or lost depending on who is in at any one particular points in time of Government, I could go on, but I wont.

At the Meeting I am informed there will be many YELLOW SHIRT, STOP THE SPIT SELL OFF, PEOPLE there to help you fill out your submission to 'State your opposition to any highrise proposals on the Gold Coast Main Beach Spit Areas' and to protect it now and for future generations so that this 'Jewel in the Gold Coast Crown' will not be stuffed forever! Including the ruination of the beautiful flat water sailing areas in the Broadwater directly West and North West of these proposed Development, that would cause mass Wind Shadowing and Wind Turbulence Effects across the Broadwater from the majority suitable prevailing and predominant South, South, East Winds through to East Winds.

If you cannot make it please ensure you go online and fill in your Survey Response. It is quickly closing by the 7th April 2017. Make a stand for what is right! If the Developers are granted a Casino Licence, and they are not allowed to build in this location, do you think its going to stop them from Building a Casino somewhere else on the Gold Coast? I think not! Unless they and their whole development economics would never fly in the first place! Question every Question! Plus why does Sunland have to build there proposed Development there on The Spit to, they can go and build the type of Building they are proposing anywhere else on the Gold Coast where it is Zoned appropriate instead of on The Mariner's Wharf Site where the have a Leasehold on the State Government Owned Property that I believe Sunland have an order to spend in the vicinity of $1 Million to fix up the Mariner's Wharf Site including the Fisherman's Wharf Tavern or it could put their Leasehold in jeopardy.

It looks like there is no wind forecast for this Sunday, so you should have no excuses not to attend this time! So, see you all there