Just thought I'd share my experience with the Woo 3.0 in terms of reliability. Mine failed at 14 months (hairline crack in case / corroded terminals). Not sure how the case cracked as it's never been dropped and it's hard to imagine my lowly jumps are to blame. I'm guessing the woo doesn't like salt water.
I have to confess there were a few occasions when I left the device in the mount after a session (which they don't advise). The plastic mount doesn't appear to be completely watertight, though it has stuck well to my board.

Being out of warranty (1 year) woo sports offered a replacement at half price and advised that the device needs to be removed, washed in freshwater and dried after every session.

Anyways when it worked it did seem quite consistent and the measured heights were mostly believable. The syncing of real time heights to my watch was pretty flaky but quite useful when it did work. 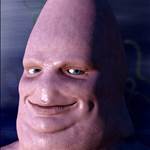 I have had 3. All failed.Enough said.

I have one for about a year now, and I wash/dry it when I rinse my board after the session and that avoid having contacts corroding.
There is definitely a bit of water coming into the mount during a session. 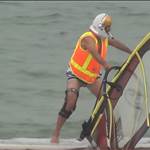 I think mine is skitzing out has been doing weird things for the last couple of months. Might have to return it before warranty runs out! 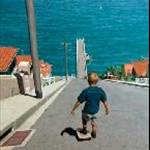 Could be wrong however I think WA surf are doing some type of deal with the woo.

Not a lot of choice now though. PIQ just closed down for good. Your only other option is a mobile phone. Is a Woo cheaper than a new phone every year?