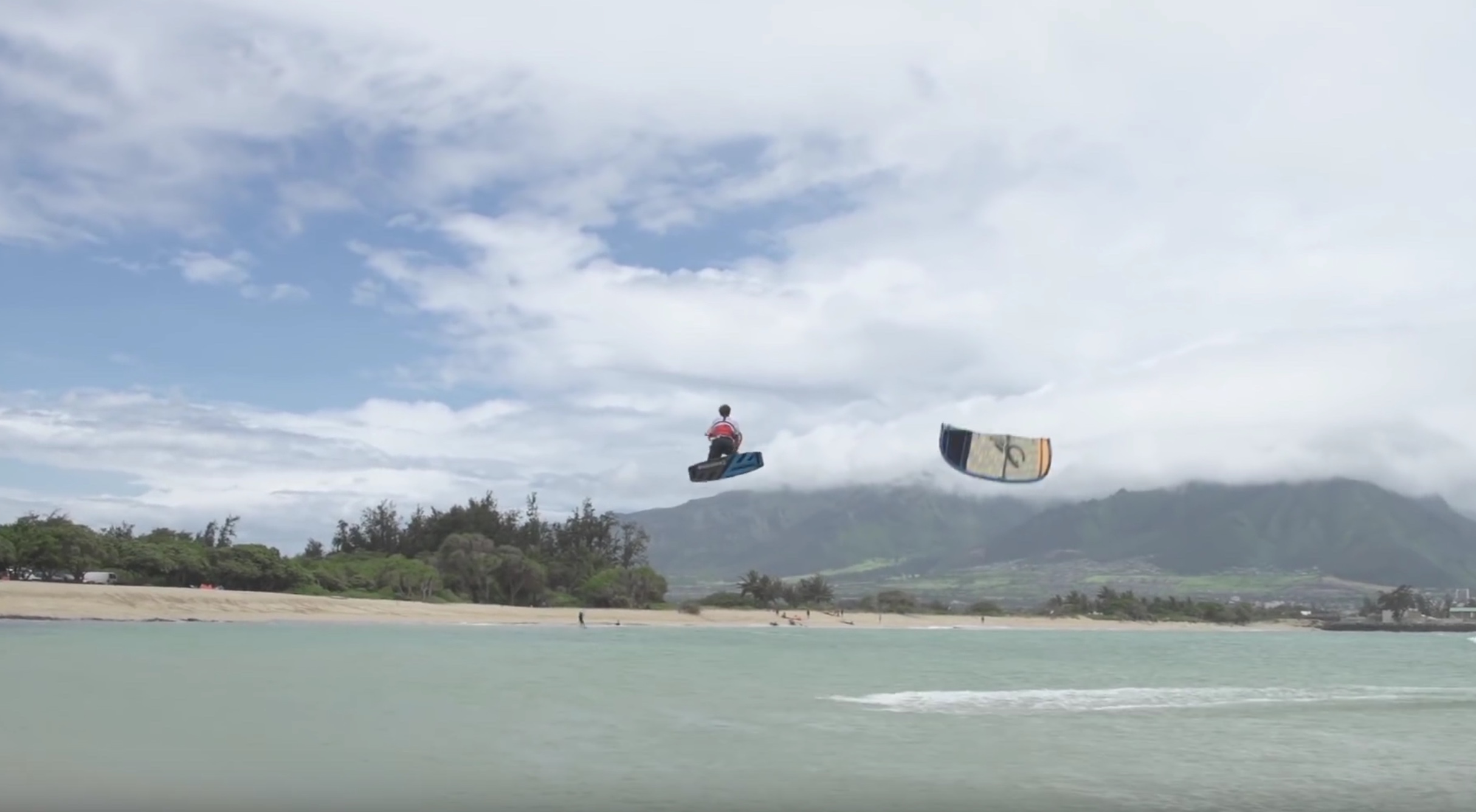 It's about to end badly for Nick Jacobsen!
When a kite brand brings a new kite to market, and especially a new technology, they always do a bit of durability testing. This, is taking it to the extreme!

Cabrinha sent Nick Jacobsen, now regularly described as the world’s most extreme kiteboarder (sorry Ruben!) down to Kite Beach with one of their FX, and Switchblade kites earlier in the year. The mission was to break it in front of their lead R&D guy Dave Hastilow.

The short version, is that they couldn’t.

The long version, is hilarious.

Crash after crash, Nick does his best to explode the kite with huge crashes into the water, slams into the beach, and he even makes a few attempts to do a bit of damage to himself! There’s plenty of occasions where his kite hits the water before Nick does, and every time the kite emerges from a crumpled mess – totally fine.

It’s interesting to watch the kites motion in slow motion, if you’ve ever wondered what actually happens to a kite when it goes from about 50kmph to 0, in such a short space of time. The struts crumple and fold back on each other. The canopy flexes to absorb the load, and the leading edge deforms to take the brunt of the impact.

Check it out, for an inside look at what happens when you crash your kite, and why Cabrinha’s are known for being some of the toughest kites on the market.