Throughout 2018 I decided to focus on making a full length video part. Together with Alexander Lewis-Hughes from Knot Future we managed to film in Perth, Melbourne, Cape Hatteras, Squamish, Hood River and Icapui in Brazil and pull it all into one piece.

It was a different year holding back all the footage we gathered while watching everyone release short videos throughout the season, but I think in the end it was definitely worth it and we hope this inspires more people to focus on quality content that lasts in the age of social media. Presented by Naish Kiteboarding Filmed/Edited by Alexander Lewis-Hughes 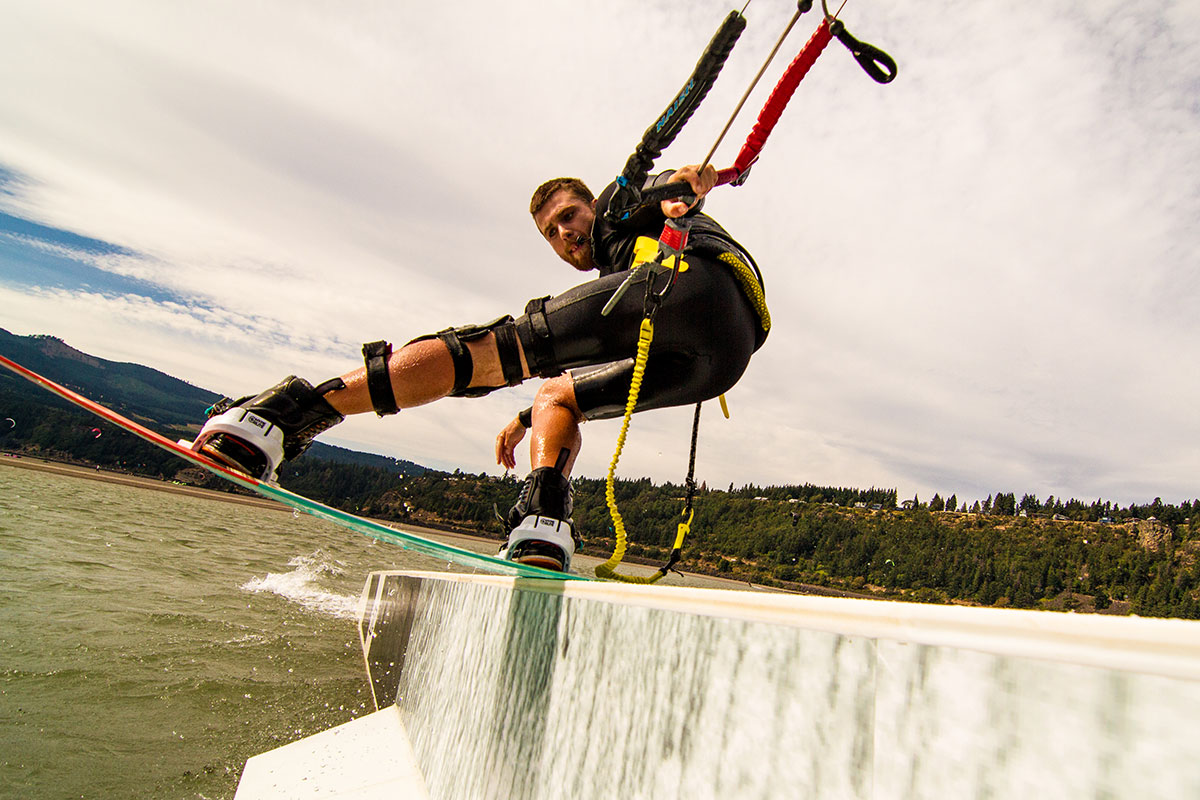 This past year Ewan decided to take a different approach and rather than piecing together a couple edits throughout the year put together a full length film highlighting his year with some of his best sessions. Teaming up with Alexander Lewis-Hughes from Knot Future, they started off in Ewan's home country of Australia filming in Perth and Melbourne. From there they traveled to Cape Hatteras, up to Squamish, British Columbia, Hood River and finally down to Icapui, Brazil. The final result is a 26 minute film with plenty of freestyle, big air and of course wakestyle and slider action. Naish was able to catch up with Ewan just prior to the films release to get the story behind the film.

Naish: Where did the concept for doing a year long piece come from?
Ewan: It has always been a mission of mine to create a proper long video piece, but wasn't really planning on it until after a filming trip to Perth where we decided to hold the footage back and add it to something else. After that trip we just kept the momentum going and it turned into a full part filmed around the world. It's not a very common occurrence these days to dedicate time to filming something like this in the age of social media, so I think that gave us extra motivation.
N: Where did you film? Did you have a particularly favorite location?
E: We filmed in Perth, Melbourne, Hatteras, Squamish, Hood River and Brazil. Perth was and always will be my favorite location. I was super bummed to miss it this year, but I had a great time checking out Cape Town after 10 straight seasons in Perth.
N: Is there one location you wish you could have filmed more at?
E: I do wish we filmed a little more at home but Alex was just on a passing trip and there wasn't a great deal of wind unfortunately. Melbourne is somewhere I've never really showcased enough so hopefully we will more in the future. It looks like we are lining up a Naish product shoot here next month which should be exciting.
N: What were some of the biggest challenges with this project?
E: It was actually pretty hard spending all my time focusing on landing certain things for the camera and always thinking of how things looked. That alongside dealing with little injuries and niggles throughout the year was definitely a pain.. Another one of the main challenges was actually just sitting on the footage for a year while everyone else is releasing their own short vids for social media. In the end all that was definitely worth it though and something I would love to do again, despite the challenges.
N: Is there a particular segment that you were exceptionally stoked with how it came out?
E: I think the Perth section was probably the best riding wise, it really showcased my freestyle tricks in a great light and everything that I put down was super clean and executed how I wanted it to be. My favorite part to watch was the Hood section as it was a little bit of a journey with a lot of my friends and it really captured the vibes of the place well.
N: Any plans to do another project like this in the future?
E: For sure, we had so much fun making it that it would be a crime not to! What I do hope though is that this inspires more people to do the same thing themselves and bring us all more quality content to watch for years to come. For this year I think I'd like to focus a bit more on free riding and a few other projects I have in mind.
N: Any particular thanks or shoutouts you would like to give in regards to the film?
E: Of course Robby and the whole team at Naish for supporting the project and myself for so many years. Alex for being so dedicated to the sport, creating a great movie and believing in the project until the end . Katie and all my friends and family as well have helped so much along the way and I hope we can keep the ball rolling and bring more of these videos with the same crew in years to come.
#News #Kitesurfing #Naish #Kiteboarding
$750

Kitesurfing - Kites
2016 Naish Pivot
11 metre
$425
Please note! This site is in active development, and is a "Kitesurfing Only" view-only portal of Seabreeze.