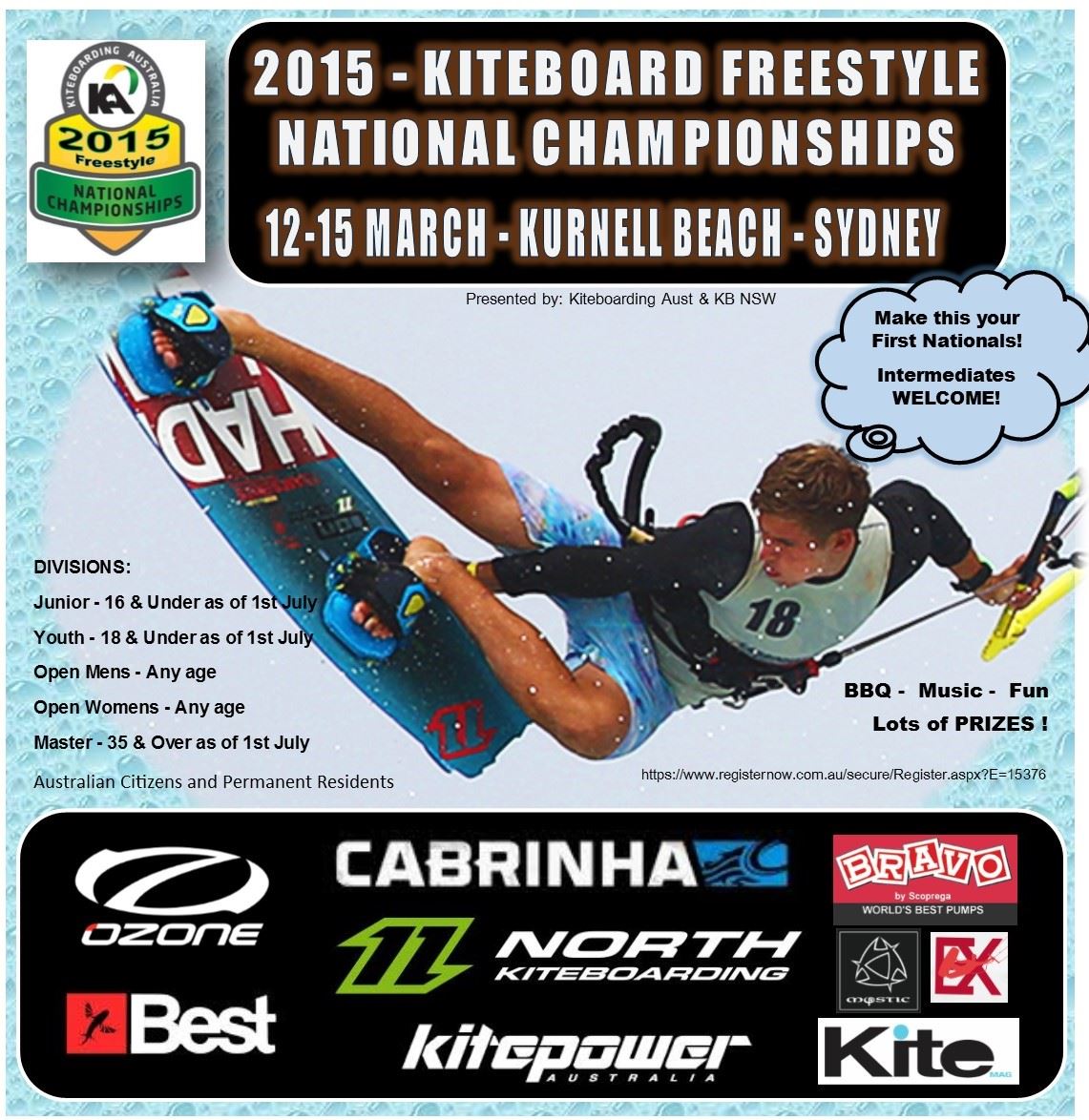 Day One saw the juniors making the most of the choppy conditions, with the Open Mens, Masters and Womens divisions sitting it out. Despite it being so choppy, the grommies got the job done with some perfectly executed handle passes to show they might be young, but they’re riding like the big kids!

When the wind picked up on day two, the rest of the divisions got under way with Simon Wichtermann notching up the first big score of the event, a Backmobe 5. Chased down by Declan McCarthy and James Bedford, the riding only got better as the weekend progressed. Those three stood atop the podium on Sunday arvo, after an action packed finale in winds reaching 30 knots.

“It was battle after battle,” according to event organizer David De Witt. "Sydney turned on four seasons in one day but never let us down when it came to the wind. The competitors were stoked to be able to use their smallest kites for heats. It was an awesome event and wonderful display of Australian kiteboarding at the highest level."

Shining in the womens event, was Marine Sudre, a local from Sydney and no stranger to the Australian Freestyle podium. She’s been at the top for years, but this time her rival Katie Potter was hot on her heels. Maybe next year Katie will score the title she’s been trying for!

Then of course there were the old guys, the over 35’s who rode like men half their age. Putting their knees on the line with an impressive array of tricks, they too braved the winds of day four to cap off an action packed event. Another Sydney local, Rich Stenning won the division, followed by James Grundy and Rob Sellar from QLD.

Notably missing from the lineup was the local hotshot from Sydney, Elliot Drury and one of Naish’s major players, Ewan Jaspan. These two were sitting behind the judges table along with Dan Sweeny and Jarratt Stock. While it could be argued that this lot were better off competing, those who did compete were grateful for the expertise on the judging panel and comments how fair everything was.

Hats off to the event organisers, David De Witt and Kiteboarding Australia for bringing such an event to Sydney. As far as nationals go, 2015 is being labeled as one of the best!

Kitesurfing - Twintips
2020 Naish Monarch
135 cm
$759
Please note! This site is in active development, and is a "Kitesurfing Only" view-only portal of Seabreeze.